Is this the saddest song of all time? Thankfully, "Can't Cry Hard Enough" is also one of the most beautiful songs I know. It was written by David Williams and Marvin Etzioni, and released on The Williams Brothers' eponymous 1991 album. They are the twin nephews of recently diseased singer Andy Williams of "Moon River" fame. American singer/songwriter Victoria Williams (no relation) has also recorded it, before The Williams Brothers actually, for her 1990 Swing The Statue album. The song has been covered by several more artists, including Christine Collister and Michael Weston-King's band The Good Sons. 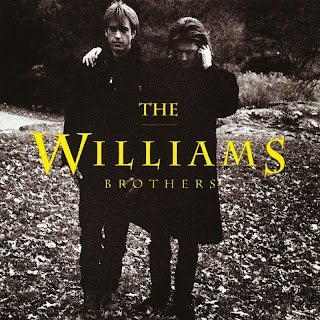