Finally former The Smiths guitarist and songwriter Johnny Marr is about to release his solo debut. He's been working with a number of artists after The Smiths, becoming a member of American band Modest Mouse and recording a 2003 album with his backing band The Healers, but The Messenger to be released in February 2013 is his first proper solo album. The first single is the title track, a guitar-driven (no surprises there) pop song with a prominent synth theme (a bit more surprising) that gives the song a post-punk, kind of pre-The Smiths vibe. Very good actually. 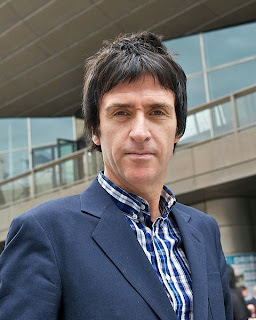