Nine Horses - A History Of Holes

David Sylvian is one of the most interesting musicians alive, going wherever his muse takes him. He's the reluctant pop star, with iconic good looks and one of most beautiful voices in all of pop music. Nine Horses is a band project of his where he collaborated with his brother and Japan drummer Steve Jansen and the electronic composer Burnt Friedman. They released an album in 2005 called Snow Borne Sorrow, featuring nine fantastic tracks, among them the atmospheric "A History Of Holes". Astonishing! 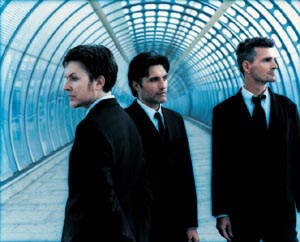