Does anyone remember the British band Latin Quarter? They had a moderately big hit with "Radio Africa" in 1986 (it was first released in 1985) from the fine album Modern Times. Apparently they continued to play together throughout the 90's and are now reunited, according to Wikipedia. That may be, and they may still be good, I don't know. What I do know is that I dearly love this song, a political 80's classic, no less! It's still relevant too. 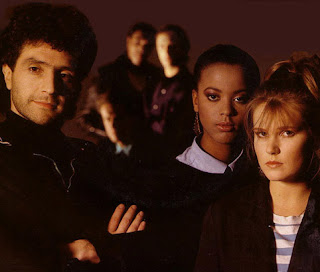