Kasey Chambers is an Australian singer/songwriter who has released a score of good albums, the first of those - 1999's The Captain - a pretty straightforward but excellent country album and the following four albums progressively more rock oriented. However, to date she has released two albums with her husband Shane Nicholson, the latest, Wreck & Ruin, just a few weeks ago. "Adam And Eve" is the lead single off that - a great track, people, and very much a country, or rather, a bluegrass, song. If Kasey does "rock" on her solo albums these days, she certainly does "country" with her husband. 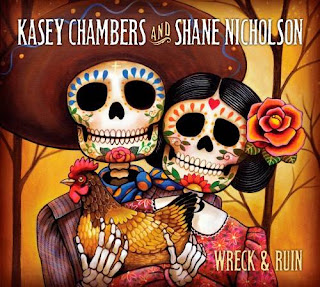