On paper a collaboration between Rihanna, Kanye West and Paul McCartney seems odd, but the result, "FourFiveSeconds", both sounds surprising in itself and is also surprisingly good. It's a laidback duet between Rihanna and West, whereas McCartney strums an acoustic guitar. Also present is an organ and a cello, and that's it. Rihanna sings amazing, and West sings pretty good too, the song being just above the three minute mark. It's an understated little thing, apparently the lead single from Rihanna's as yet untitled forthcoming album. The video fits the song too, shot in black and white in the style of Herb Ritts, with the three artists moving about without a lot of fuzz. As for the songwriting, it's credited to as many as nine people, West and McCartney among them. I have to say I wonder about what all nine of them have brought to the table, but leaving that aside, it's a really good song. 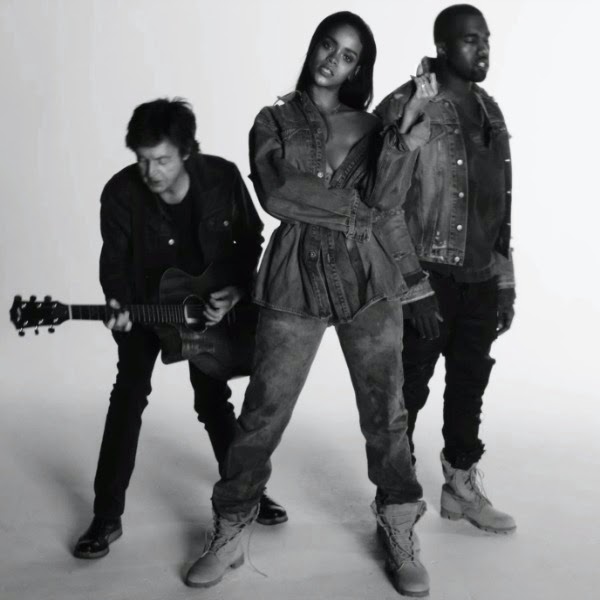