I loved them from day one and the debut album Boy in 1980, but it wasn't until the release of third album War in 1983 that it really became clear that U2 were destined for great things. A world tour featuring Bono as a flag-waving politically oriented pop star showcasing songs like "Sunday Bloody Sunday" and "New Year's Day" made a certain impact, and laid the foundation for what was to follow. "Pride (In The Name Of Love)" was the lead single from follow-up album The Unforgettable Fire, the first time they worked with Brian Eno and Daniel Lanois as producers. Remaining one of U2's best songs, it's inspired by Martin Luther King and perfectly sums up what U2 were - and still are - all about, musically and lyrically both. 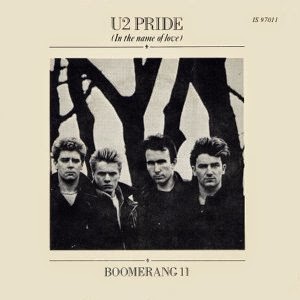