The song "You Made Me Love You (I Didn't Want To Do It)" was written by James B. Monaco (music) and Joseph McCarthy (lyrics) and published as early as 1913. Naturally - as good as it is - it has been recorded by many, including Al Jolson, Screamin' Jay Hawkins, Aretha Franklin, Harry Nilsson, Doris Day, Judy Garland, Gloria Estefan and others. Actually, the Judy Garland version has additional lyrics written by Roger Edens. Below you'll find Patsy Cline's astounding 1962 version off her album Sentimentally Yours. Now, that voice! 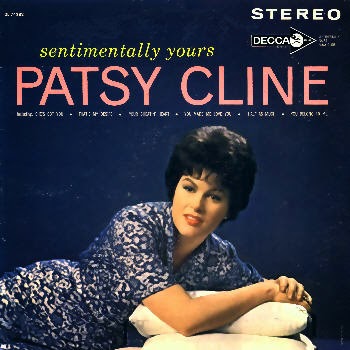