I am totally in awe of the new Father John Misty album, I Love You, Honeybear. He is otherwise known to his friends and family as Joshua Tillman and is a former member of Fleet Foxes, and this is his second album as Father John Misty. The album centres around his recent marriage to his wife Emma, and features a stunning cycle of songs that captivates and fascinates, co-produced with the ever cool Jonathan Wilson. "Bored In The USA" is one of the best songs on the album, sounding like a brilliant outtake from an early 70's Elton John record. The performance below is from Late Show with David Letterman last November, Great stuff! 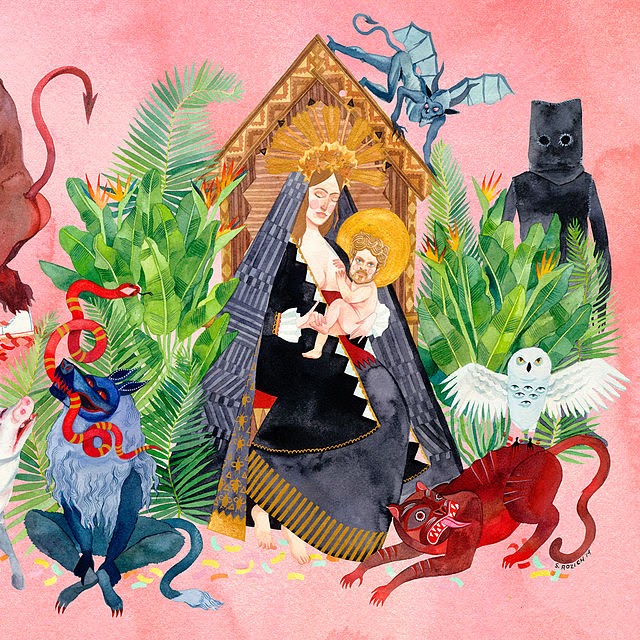