The Waterboys covered the Prince classic "Purple Rain" when they played three consecutive shows at the Oslo club Sardines in June 1986 when they toured their third album This Is The Sea. They played it as an encore on one of the shows only, but it was a staple of their live set at the time, and for all I know it has remained so ever since. A few days ago Mike Scott and his partners in crime did an in-house version of "Purple Rain" on BBC Radio 2 for The Chris Evans Breakfast Show, and it's absolutely stunning. Check it out here! 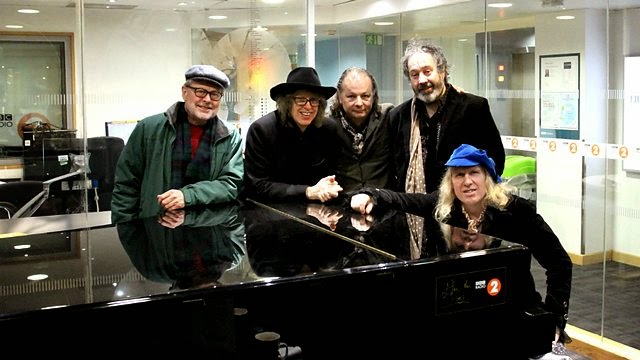