Driven by one of the most famous piano riffs in pop music history, Toto's "Hold The Line", first single off their 1978 eponymous debut album, is still a classic. I don't like Toto much, mostly finding them boring and oh so clever, but I never tire of "Hold The Line". David Paich, the band's keyboard player and writer of this song, should be covered in gold, and well... he probably is. This is a guy who's worked with everyone from Michael Jackson and Aretha Franklin to Steely Dan and Don Henley, having won a fair armful of awards and written songs for Cher, Andy Williams, The Jacksons and many more. Still, his crowning glory appears - to me - to be "Hold The Line". What an amazing song it is! 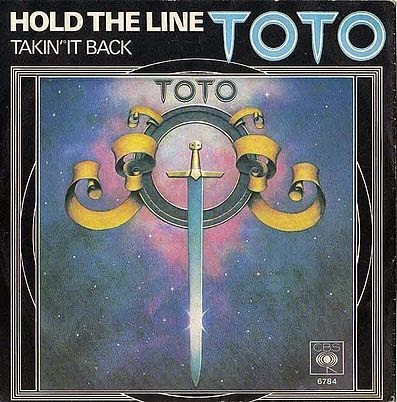