Van Morrison is about to release Duets: Reworking The Catalogue, his first new album since 2012's Born To Sing: No Plan B. It's a 16 track album due for a March 23 release, featuring duet partners like Mavis Staples, Mark Knopfler, Steve Winwood, Natalie Cole, the late Bobby Womack and many more, focusing mainly on lesser known songs from Morrison's expansive catalogue. First single "Real Real Gone" is definitely not "lesser known" though, and it's been re-recorded as a truly wonderful duet with Canadian superstar Michael Bublé. Although no match for Morrison's amazing voice, Bublé does a very fine job indeed. It's an incredible feelgood version, possibly even more celebratory in nature than Morrison's 1990 original. Woohee! Full track list is featured in the link below as well as "Real Real Gone". Enjoy! 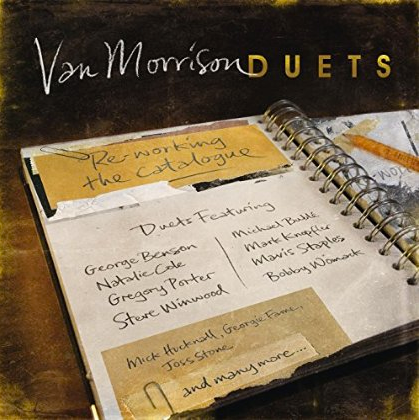