Having enjoyed major international hits like "Beggin'" and "Glow" Norwegian hip hop duo Madcon have become famous for their upbeat, celebratory pop music, and their new single "Don't Worry" certainly steps into line. It may even sound more enjoyable and fun than most of their previous output and that says a lot. They have enlisted Ray Dalton, known for his work with Macklemore & Lewis, to sing with them, and the message is clear: Don't worry 'bout a thing. It's simple and may even be a bit silly, but this is the kind of song that is really hard to protect yourself against, and why should you? It's pop music as pop music should sound - really, really awesome. Hopefully there will be a video soon, but for now you'll have to listen to it in the clip below or in WiMP or Spotify. 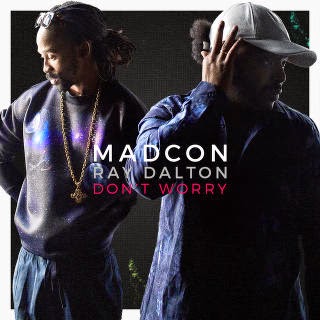