Social Distortion - Don't Drag Me Down

American punk rock band Social Distortion still exists, after Dennis Danell and Mike Ness founded it as far back as 1979. When Danell died in 2000 the band were on hiatus and Ness were busy nursing a solo career, but Social Distortion has reformed since. Anyway, "Don't Drag Me Down" is a classic, very energetic song off the band's 1996 album White Llight, White Heat, White Trash. Now there's an awesome title if there ever were one. Play it loud, OK? 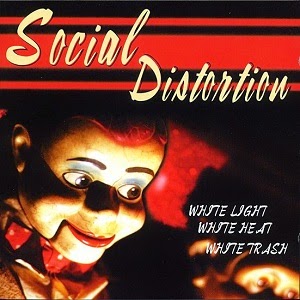