A major reissue program of Van Morrison's catalogue was halted halfway through some years ago. A total of 15 albums were remastered and re-released with a few bonus tracks, but the last two batches of CDs never saw the light of day. That leaves a proposed 14 albums to be re-released (will they ever be?), including one of my favourites, 1987's Poetic Champions Compose. "Someone Like You" is one of the album's most popular songs, having been used in several movies - including Bridget Jones's Diary and One Fine Day - that has also become a favourite in weddings. And it is a beautiful song, Van the balladeer at his best and most soulful. 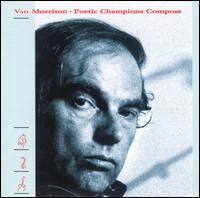