What kind of world would it be if we didn't have Jimmy Webb's songs and Glen Campbell to sing them? A poorer place, that's for sure. Here's a 2001 live clip of Campbell performing "Galveston", a song he first recorded in 1969. He's doing a killer guitar solo that may surprise people that only think of him as a great singer. Campbell really knows how to play too as evidenced here. But first and foremost this is a song of astounding qualities, about a soldier on his way to battle, thinking of the woman he loves and dreaming of his hometown of Galveston, Texas. 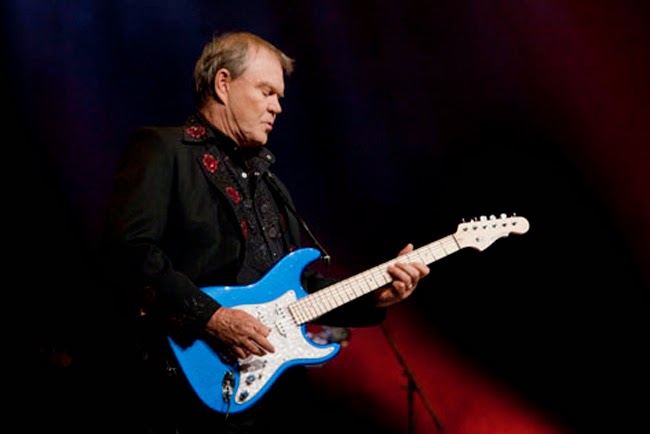