...and all of a sudden there was a new Coldplay single out. "A Sky Full Of Stars" is the third single to be released from the forthcoming Ghost Stories album, out May 19, and it's the most immediate of the three - by a long shot. Personally I loved the wonderful electronic soundscapes of "Midnight" and the classic balladry of "Magic", but "A Sky Full Of Stars" could very well become one of Coldplay's biggest hits to date. Co-produced by maverick Swedish DJ/producer Avicii who also plays piano on the track, it's Chris Martin and Coldplay like you haven't heard them before, with a song that's carefully designed for dancefloors everywhere, with a lyric that's both cliché and cool at the same time: "Cause you're a sky full of stars, I wanna die in your arms..." and so on. It's simply dead catchy, and it could surely become one of this summer's big anthems. It has all the qualities needed, and I just love it!!! 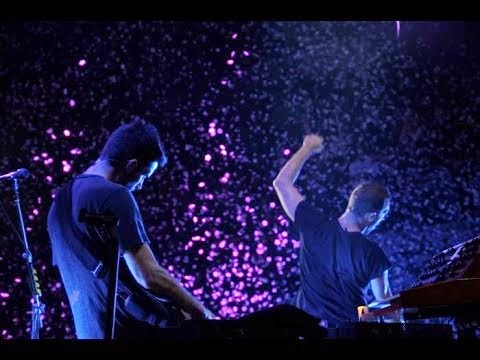