Once again the Norwegian television show Trygdekontoret prove they have the most inspired musical choices in the country. They often invite artists to do somewhat surprising cover versions - or is it the other way around - and yesterday was no exception. The show's guest last night was the Norwegian singer/songwriter Tommy Tokyo doing a wonderful stripped down and very quiet version of the old Buck Owens hit "Streets Of Bakersfield", originally written by Homer Joy in 1973. Tokyo's version really gives the lyric the space and attention it needs, with the narrator's story perfectly coming to life. 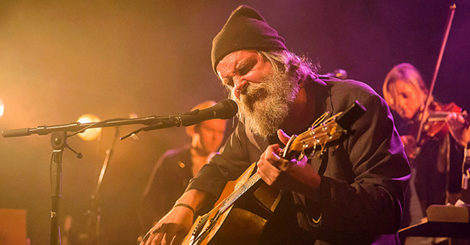