Saturday night should be a good time to post almost any Hall & Oates song. The Philadelphia pop/soul duo's string of hits in the 1970's and -80's simply brims with infectous and joyful melodies. "I Can't Go For That (No Can Do)" was a single released in December 1981, and it became a truly influential song. First, Michael Jackson lifted the bass line from it, and several years later De La Soul built their awesome 1989 single "Say No Go" around it. The original though? Still one hell of a great song! 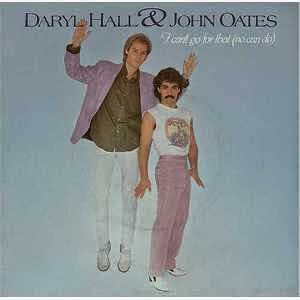