The kind of country song that is everything the traditionalists probably hate, but still... as much as Cole Swindell is not a new Merle Haggard or George Jones, he's made a killer summer tune with "Chillin' It". Swindell has been writing songs for Luke Bryan, Craig Campbell and other modern country acts, and "Chillin' It", released last year, was his debut single that also appeared on his eponymous debut album. This is radio-friendly, carefree country rock that works in its own right, and "Chillin' It" is the sound of cruising in a nice car on a summer day with the top down, looking at the girls and having a good time, a bit like Don Henley's "Boys Of Summer", but without the melancholy. There's nothing not to like about this. 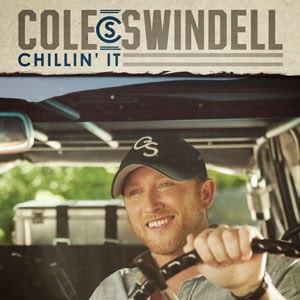