At last, a week or so ago, Coldplay's single "Midnight" was released digitally, after it was first put up on YouTube in February as the first new song from the forthcoming Ghost Stories album (May 19). But not only was the astonishingly beautiful Jon Hopkins-produced song released in itself, simultaneously a Giorgio Moroder remix was released, and it's a fabulous companion piece to the original. The remix differs in several ways, not only because it's almost twice the length, but also because Giorgio has discofied it, adding a French voice speaking through a vocoder, a big choir and lots of other bits and pieces. It's stunning in every way, and it also retains Hopkins' trademark sound inbetween Moroder's many whims. I couldn't be more happy. 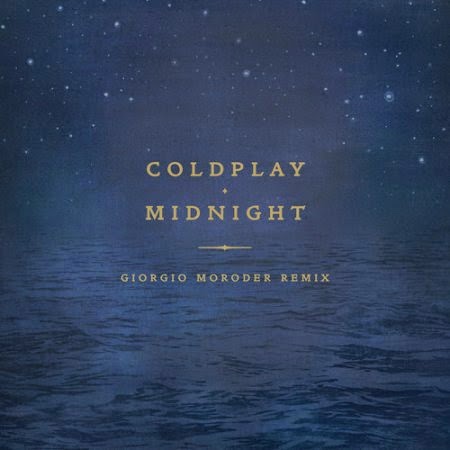