Louis Prima - Just A Gigolo/I Ain't Got Nobody

When two songs become synonymous with one... Although "Just A Gigolo" and "I Ain't Got Nobody" are two seperate songs, they have in fact almost become inseparable. That all started in 1956 when Louis Prima blended them seemlessly together, helped by one hell of an arrangement and his trademark voice. Later it has been covered by many artists in this fashion, most notably by Van Halen singer David Lee Roth in 1985 when he scored a huge hit with the pairing. "Just A Gigolo" is originally an Austrian song written in 1928 by Leonelli Casucci and Julius Brammer called "Schöner Gigolo, armer Gigolo" whereas "I Ain't Got Nobody" was written in 1915 by Roger Graham and Spencer Williams. 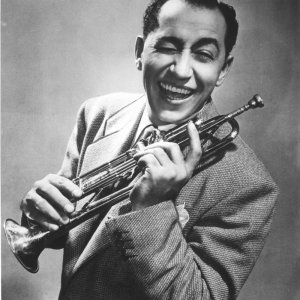