"Nice 'N' Easy" is a song written by Alan Bergman, Marilyn Keith and Lew Spence, and is the title track on a 1960 Frank Sinatra album. It's actually the only song on it not arranged and conducted by Nelson Riddle, simply because it was added to the album as an afterthought, replacing the originally planned "The Nearness Of You" that was left off the album. "Nice 'N' Easy" opened the album when it was released, and it's a true tour de force by one of the best singers ever to enter a recording studio. 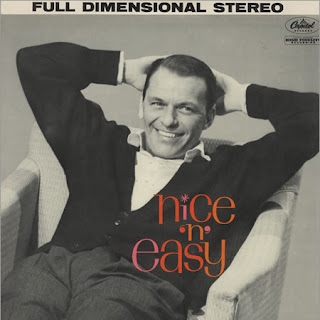