The only original song for Baz Luhrmann's 2001 film Moulin Rouge! was actually written for his previous film, Romeo + Juliet. It was abondoned, but thankfully not forgotten as it's really good. It was writtten by David Baerwald and Kevin Gilbert, and is performed as a ballad in Moulin Rouge! and on the soundtrack album by actors Ewan McGregor and Nicole Kidman. The version you'll find below is the up-tempo remix version that sadly was not included on the album, but the music video featuring film clips was featured on the DVD edition. 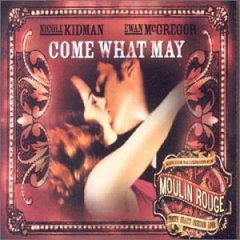