Sky Channel, later known as Sky1, was a TV channel launched in 1982, broadcasting music videos across Europe (and beyond), featuring hosts or DJs such as Pat Sharp and Gary Davies. It was an alternative to MTV that was still in its infancy, a kind of visual Radio Luxembourg, or at least it was creating a similar impact. If you were a teenager in the 1980's, you probably know Sky Channel very well. My friends and I used to watch music videos pretty much in every waking moment if we didn't do our homework, and Sky Channel helped raise us. I know my life would have been very different without it. What we saw and heard was everything from Nik Kershaw and Talk Talk to The Cars and Bruce Springsteen, and inbetween some little obscure gem was bound to pop up. Fiat Lux was a shortlived British synth pop band, and their song "Secrets" (1984) was decidedly a bigger hit among the Sky Channel DJ's than in was on the charts anywhere in the world. It reached an unimpressive number 65 on the UK singles chart, and that was pretty much it for Fiat Lux. Follow-up single "Blue Emotion" actually charted higher, reaching number 59, but nobody alive would be able to recall what it sounds like. "Secrets" however, remains a semi-well known song among the Sky Channel generation, and it's lovely still, simply a beautiful pop ballad. Enjoy! 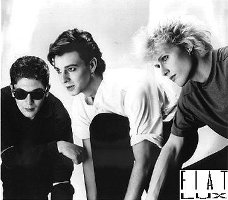 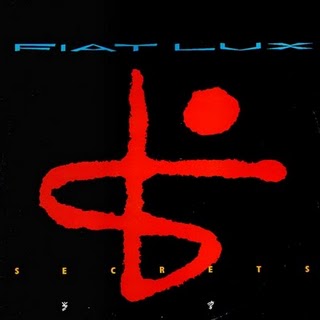