Iron & Wine's (a.k.a.Sam Beam) brand new album Ghost On Ghost is a masterpiece, by a million miles or so his best record to date. It's a rich-sounding, innovative and immensely beautiful album filled with 12 songs, many of them guaranteed to be future classics. First single "Joy" is one of those, a pretty little ballad that slowly, quietly creeps up on you, creating... well, a certain joy in the listener. I'm absolutely certain that the entire album will stand tall at the end of 2013. It's probably the best new album to be released so far this year. Ghost On Ghost is the record that once and for all nails Sam Beam's reputation as a master songwriter. 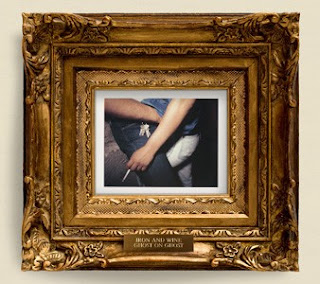