I'm pretty excited about the forthcoming Empire Of The Sun album Ice On The Dune, the eagerly awaited follow-up to 2008's debut Walking On A Dream. Supposedly the Australian duo has upped their game significantly, building on the foundations of their already massive sound to create something even bigger. If first single "Alive" is anything to go by, they deliver. It's a big, beautiful, rich-sounding pop song with an irresistable melody and a huge hit potential. The album should be out around the middle of June. 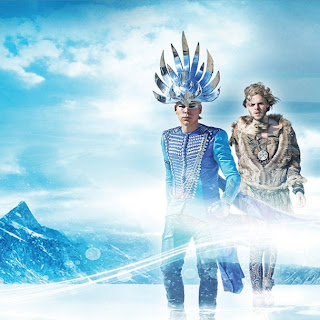