Shalamar - I Can Make You Feel Good

Ah, disco heaven! Shalamar's 1982 hit "I Can Make You Feel Good" almost sounds better than ever, a perfect slice of slick disco, that was actually released long after the heyday of New York's Studio 54 and the like. Still, it emulated any disco hit of the mid-70's with its trademark bass, smooth synthesizers, funk guitar and the suggestive voice of Howard Hewett. This still fills up dance floors everywhere. "I Can Make You Feel Good" didn't crack the Top 40 in the USA, but it was a big UK hit, making it to number 7. 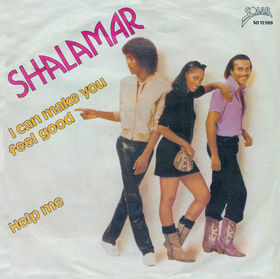