Dutch pop jazz sensation Caro Emerald released her debut album Deleted Scenes From The Cutting Room Floor, a fantastic record that spent a record 30 weeks at the number one spot in the Dutch album charts, in doing so beating Michael Jackson's Thriller with one week. No wonder the album was popular, just judge by yourself from one of its singles, the irresistable "A Night Like This" with its sassy latin rhythms. The good news is that Emerald finally is about to release the follow-up album, The Shocking Miss Emerald, in early May. Something to look forward to! 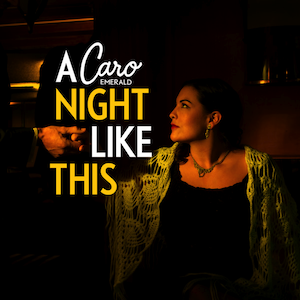