French singer Zaz (born Isabelle Geffroy in Tours) is about to release her eagerly awaited sophomore album, titled Recto Verso, in mid-May. Her self-titled 2010 debut album contained the happy-go-lucky hit single "Je veux" that made her a star in Beligium, as well as in her native country, and if the new single "On ira" is in any way representative of the follow-up album, she will further establish her standing. A good old-fashioned feelgood song in French with an irresistable melody. What's not to like? 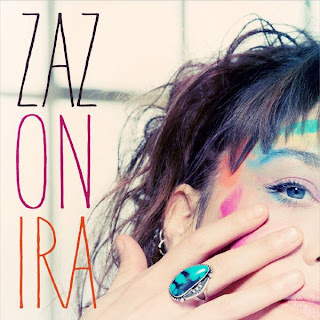