Belgian singer/songwriter Jacques Brel lived hard, died pretty young (at 49) and left an astonishing legacy that influenced people like Leonard Cohen, Scott Walker, David Bowie, Marc Almond and many, many more. "Ne me quitte pas" is his most famous song, having been transformed into English by Rod McKuen and named "If You Go Away". As a matter of fact, it has been reworked in an astonishing number of languages that you can see for yourself by visiting the entry on Wikipedia. I haven't come close to hearing even a small percentage of the many recorded versions of it, but I still think Brel's 1959 original beats versions by Nina Simone, Shirley Bassey, Scott Walker and Dusty Springfield hands down. 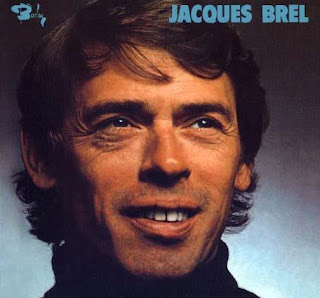