Listen to the new Johnny Marr album in its entirety now

Finally this weekend sees the release of former The Smiths guitarist Johnny Marr's debut solo album. Although he released the album Boomslang with his backing band The Healers in 2003, The Messenger is considered his proper solo debut. After The Smiths disbanded in 1987, Marr has played with the likes of Bryan Ferry, The The, Modest Mouse, Pet Shop Boys, The Cribs, Electronic, Kirsty MacColl and many more, but at last he comes into his own right as a proper solo act. It's about time. By following the link below to The Guardian's website, you can stream the entire album. Have fun! 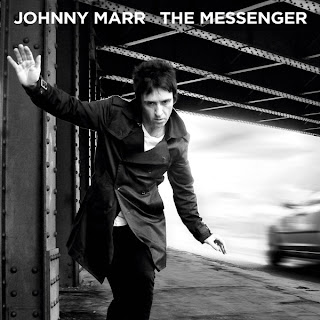