Nick Lowe - I Knew The Bride (When She Used To Rock'n'Roll)

A song that always makes me happy, no matter how bleak things are, "I Knew The Bride (When She Used To Rock'n'Roll)" is Nick Lowe at his very best. It was written by Lowe, but first recorded by Dave Edmunds on the 1977 album Get It (where Lowe played bass, of course). A year later it was recorded by Nick Lowe's Last Chicken In The Shop outfit (where Edmunds played guitar) for the compilation album Live Stiffs Live, and then, in 1985, Lowe recorded it for his album The Rose Of England, credited to Nick Lowe And His Cowboy Outfit (this time without the presence of Edmunds, but with the added pleasure of producer Huey Lewis's harmonica). I think this is the definitive version, and the video is quite funny as well. It's also a great song for any party. If it's boring, put this on, and things should get started pretty quick. 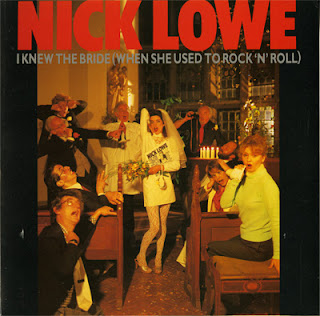