Ronan Keating - Life Is A Rollercoaster

Gregg Alexander intended his song "Life Is A Rollercoaster", co-written by Rick Nowels, for the second New Radicals album, but when he disbanded the group the song was offered to Ronan Keating, hot on the heels of his smash version of the country ballad "When You Say Nothing At All". It was released in the summer of 2000 and is one of those pop songs that make you instantly happy and very very lucky to have such good writers around. "Life Is A Rollercoaster" is nothing less than a pop masterpiece. 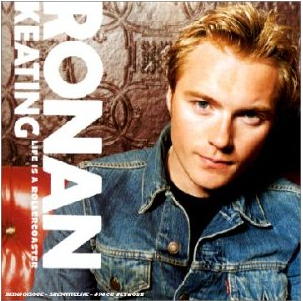