When Frank Zappa released his 1979 album Sheik Yerbouti I was 12 years old and - like so many of my classmates and friends - found the song "Bobby Brown" hilarious. Obviously that's because of the lyrics where Zappa uses words not ordinarily heard in pop music, when as a matter of fact he does tell a story. It's a bit risque of course, the tale of Bobby Brown's sexual awakening, turning him into a "sexual spastic" who becomes gay and starts loving S&M and golden showers. Didn't really understand it all when I was 12... By the way, it's an excellent piece of music, a slightly alternative, very melodic doo-wop song. I love it! 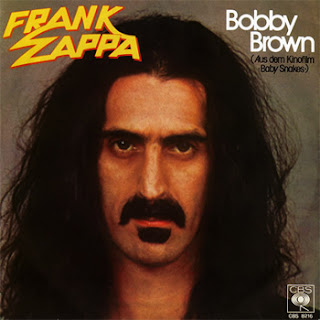