Lone Justice - Don't Toss Us Away

The first time the world was subjected to the voice of Maria McKee was when she sang the Tom Petty/Benmont Tench composition "Never Be You" (later recorded by Rosanne Cash) for the Streets Of Fire soundtrack in 1984. That went largely unnoticed but when McKee appeared as the singer for Los Angeles band Lone Justice the following year on their eponymous debut album that all changed. She was 20 years old at the time and she belted out the songs on the album as if her life depended on it. Among several great songs my favourite is "Don't Toss Us Away", written by McKee's half brother Bryan MacLean who used to be in the 60's group Love. It's a gut-wrenching and heartfelt country ballad where McKee's voice reaches a dimension far removed from what can ordinarily be expected from any singer. It's simply the performance of a lifetime, even though it must be said that came early. 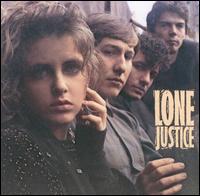