Wow! Here's the second single from David Bowie's surprise comeback album, the eagerly awaited The Next Day. And whereas first single "Where Are We Now?" was a grower, filled with not very subtle references to his Berlin years at the end of the 70's, "The Stars (Are Out Tonight)" is more immediate, an instantly catchy pop song that sounds more like a cross between "China Girl" (Bowie's own 1983 version that is), and soundtrack songs like "Cat People (Putting Out Fire)" and "This Is Not America". This is fantastic pop music with some very nice guitar work, set to an expensive-looking video featuring Tilda Swinton as Bowie's love interest. With these two songs on the table, I am no longer in any doubt that The Next Day is an album to really look forward to. Put simply, David Bowie is back with a vengeance! 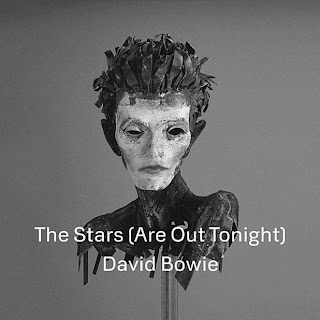