Steve Earle's album The Low Highway - credited to Steve Earle & The Dukes (& Duchesses) - will be released in mid-April, and "Invisible" is its excellent first single. It's the tale of a homeless man, and in the video we follow in his footsteps through the streets of New York while Earle plays his guitar and sings his song. I love Earle's ways with words, like the couplet "I'm taking my time but I ain't slow/'Cause it ain't like I got anyplace else to go". Great song, and I'm sure the album will be good too. Steve Earle never really disappoints, does he? 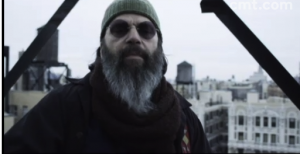