A fantastic cover version of Simon & Garfunkel's equally fantastic original. "Hazy Shade Of Winter" first appeared on Simon & Garfunkel's 1967 album Live From New York City and in studio form on Bookends in 1968. Bangles, with the added help of producer Rick Rubin, completely transformed it for the soundtrack to the 1987 movie Less Than Zero, making it a harder edged rock song. It kicks some serious ass, to be frank, and I love it immensely! 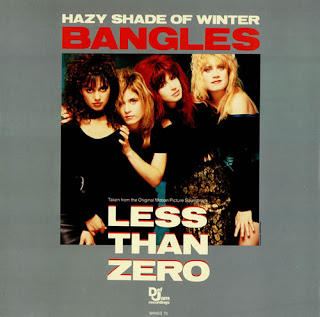