Julie London - Fly Me To The Moon

American singer Julie London, she of the smoky, sexy voice, would have been 85 today, but died in 2000, aged 74. One of her finest moments is her version of "Fly Me To The Moon", the popular song that was written by Bart Howard in 1954, first recorded by Kaye Ballard, and subsequently recorded by Frank Sinatra, Nat King Cole, Mel Tormé, Nancy Wilson and others. Julie London's version appeared on her 1963 album The End Of The World, but the version you can see here is from a Japanese TV appearence in 1964. 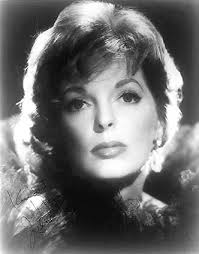