Katzenjammer - When The Laughter's Gone

My oh my, this is a great song - and video. Katzenjammer are four Norwegian girls performing a wonderful miix of acoustic pop music, folk, country and Balkan music. It's great fun all the way, and they play as if their lives depended on it. Live they're known for switching instruments from time to time, and those can also be quite unusual, such as balalaikas, ukuleles and zithers - not your traditional pop or rock instruments. "When The Laughter's Gone" is the lead single from their second album, A Kiss Before You Go, out in Norway next Friday. It's already been released in Germany, Switzerland and Austria as the quartet has a good fan-base in those countries. 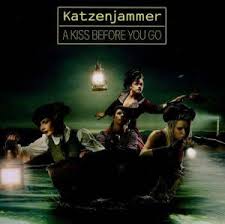