The Beach Boys' Smile Sessions finally due in November

Smile, the album that should have been The Beach Boys' follow-up to their masterpiece Pet Sounds (1966), will finally be released in a somewhat complete form this November, under the title The Smile Sessions. It was scrapped due to Brian Wilson's fragile mental state, and the reclusive auteur actually released a reassembled and rerecorded version of what the album should have sounded like in 2004. Now the actual thing is due, compiled and sequenced by the surviving band members from the old master tapes. It will be released in several formats, and if you follow the link below you'll see the full track list. 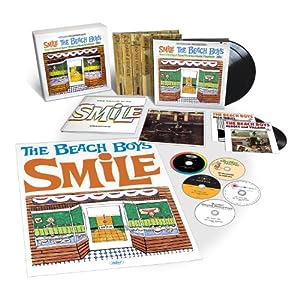