Toad The Wet Sprocket - All I Want

Lifting your band name from a Monty Python sketch isn't necessarily the world's brightest idea, but somehow it worked for Toad The Wet Sprocket, an American outfit that enjoyed a bit of success in the 90's. They struck gold with their third album Fear that was released in 1991, and had a hit single with what to me is a timeless pop masterpiece, "All I Want". In Norway however, the inferior "Walk On The Water" was the band's only hit, and although it's a good song it's nowhere near "All I Want" that sounds like a cross between The Byrds and Crowded House. On what is probably their earliest ever performance, a mini-showcase at the now closed Oslo club Smuget at about 9 a.m., I swapped lightbulb jokes with singer Glen Phillips which was a bit of fun. "So, do you know how many music journalists it takes to change a light bulb? About 25. One to change the light bulb and 24 on the guest list". The band is now back together and have just released an album of re-recorded versions of their biggest hits, and hopefully will release new music in 2012. 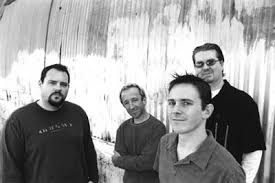 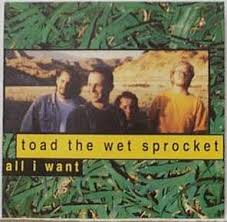