"Red Guitar" was David Sylvian's first solo single, preceding his first solo album Brilliant Trees (1984) after leaving new romantics/art rock/ambient whatever band Japan. Here he further searched the experimental musical territories he'd started with Japan on the band's latest recordings as well as his collaborative work with Japanese musician Ryuichi Sakamoto, creating an atmospheric masterpiece. It was to be the first of several, and "Red Guitar" still sounds as fresh today as it did in 1984. 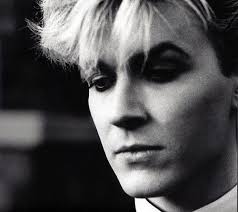