"Party Girl" is somewhat of a U2 rarity, although it's become famous through its inclusion on the live mini-LP Under A Blood Red Sky released in 1983 in the aftermath of the War tour of Europe and North America. In its original studio form the song was titled "Trash, Trampoline And The Party Girl" and was the B-side of non-album single "A Celebration" from 1982, but this live version is far superior. In 2008 U2 released a deluxe CD&DVD edition of Under A Blood Red Sky along with the video companion peace U2 Live At Red Rocks, and it is from this that the clip below is taken. It's identical to the live version on Under A Blood Red Sky. 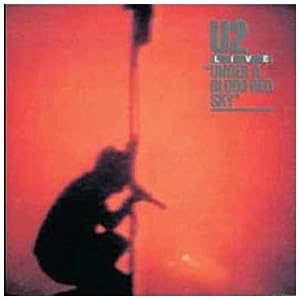