Los Super Seven - Heard It On The X

The Latin-American supergroup Los Super Seven has released three albums with an everchanging line-up, and they also change musical styles a lot. This is American-Mexican border music, blending rock and country, blues and mariachi, jazz, funk and lots of other genres. Among the musicians in the collective are members from Texas Tornados, Los Lobos, Calexico and more, with different singers like John Hiatt, Joe Ely, Raul Malo, Freddy Fender and others. "Heard It On The X" is the title track off their third album from 2005, a ZZ Top number sung by Ruben Ramos, a tribute to the border radio stations of the 50's and 60's. Incredible song. 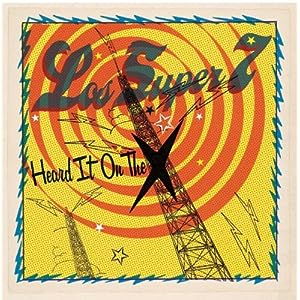