Herb Alpert - This Guy's In Love With You

Burt Bacharach and lyricist Hal David are among the best songwriting pairs of all time, something this extraordinary ballad goes a long way to prove. The story goes that famous trumpet player Herb Alpert one day asked Bacharach if he had any old songs lying around that he might use, and he found this. A perfect vehicle for Alpert who ordinarily didn't sing, but "This Guy's In Love With You" was well within his vocal range. He originally performed it at a 1968 TV show, but the phones didn't stop ringing afterwards, so it was released as a single, eventually reaching the number one spot on the US Billboard Hot 100. And just how great is the trumpet part that starts at 2:19? This whole song, including the arrangement, is genius is its purest form. 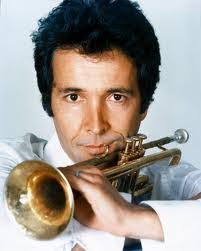