Astrid (surname Smeplass) is an 18 year old Norwegian signer/songwriter known from the Idol show and her previous hit "Shattered", and also for a stunning version of Kim Cesarion's "Undressed" together with her friend Julie Bergan. Astrid's latest single "2AM" was released in October, and today a video was put up on YouTube. It's an excellent electronic pop song, and the video was directed by Jarand Breian Herdal, an 18 year old student at the very, very prestigious film school at the University Of Southern California. He won serious acclaim for his first feature film Everywhen last year, and "2AM" is his first music video. It's beautifully shot in L.A., following the song's nocturnal theme. Impressive stuff, to say the least. 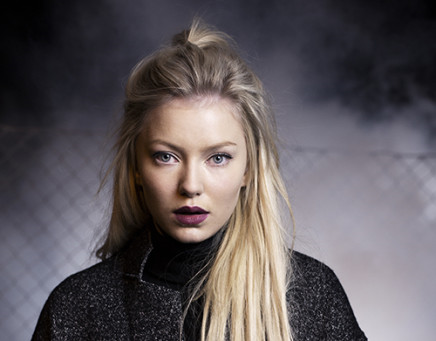