Andy Williams - It's The Most Wonderful Time Of The Year

Hooray and seasons greetings! It's that time of the year again, you know, the most wonderful, just as it is described by Andy Williams in this most celebratory of Christmas songs. "It's The Most Wonderful Time Of The Year" was written by Edward Pola and George Wyle in 1963 and recorded by Williams the same year for his first Christmas album, The Andy Williams Christmas Album. It's the perfect song to kick off my musical Advent calendar this year with my sincerest hopes for everyone to have a nice build-up to Christmas. Lots of cheers going your way today, then! 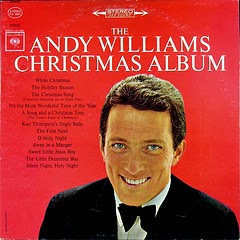