Today I'm attending a Christmas party with all my wonderful co-workers and we're going to the Rockefeller concert venue in Oslo to see Penthouse Playboys perform. Enigmatic singer Jens Pikenes would probably not like it if I called his band a novelty act, so I won't. After all this is a time for holiday cheer and good times. I'm sure they'll perform their latin version of a-ha singer Morten Harket's "A Kind Of Christmas Card", and I'm equally certain that they will raise the roof while doing so. The song appeared on Penthouse Playboys' 1996 debut album Sånn skal det gjøres (That's the way to do it), and it still sounds awesome. 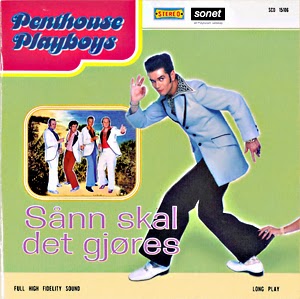